Leslee and Will had a magical winter Novelty Hill-Januik Winery Wedding in Woodinville, WA last month and it was magical. These two had all their friends and family attend and everyone was in the party mood. This was a wedding that I was looking forward to all year long, not just because it was the last one of my 2022 season, but because of Leslee and Will. Their engagement session in Snoqualmie Pass last year was so much fun that I just was so excited for their wedding for the rest of the year. The classic vibes from Leslee’s gown and the vintage champagne tower, the elegance of the venue and the modern architecture, everything was gorgeous and Leslee and Will always had a smile on their faces.

One of my favorite parts of the evening, besides the awesome champagne tower before toasts, was when Leslee and Will had their exchanging of private vows and first look. They specifically wanted to share their vows together in private because they knew they would be crying so hard, and that totally happened- it was stunning and so special. It was so beautiful to see Will and Leslee share their hearts together and then seeing each other in their wedding attire was just so cool and special. We then did all the portraits, adventured into the barrel room, and all over the winery property. With unique, and some a little *interesting* toasts given by family members, Leslee and Will laughed so much and it was an absolute blast capturing it all for them. The dance party alone at the end of the evening was so much fun, everyone was in great spirits, and just the whole day was such an amazing vibe. Great people, great vibes, amazing friends, epic dance energy, everything was amazing for Leslee and Will. They are finally married and the world is so much better off with them married.

Alright, this is how these two met: “We met at Washington State University through my roommate who had gone to high school with Will. He somehow weaseled his way into going out to a bar with me and a friend who was visiting from out of town, from there he asked me to coffee. I still say that day we went to coffee was still the longest conversation we’ve ever had, we talked until 4am even though I had to work at 9am. Will texted me after I’d gotten to work asking me out and we went on our first date shortly thereafter. About a week later it was Halloween and there was a football game, we went together (in costume obviously) and we made a bet that if the cougs made the touchdown they were going for on the next play he’d be my boyfriend. I don’t remember if we won that game but we at least got that touchdown. 7 months later I graduated from WSU in May and we did the long distance thing until he graduated in December. We got our first apartment together not long after that and started figuring out how to do life together. In August of that first year in our apartment we fulfilled Wills’ lifelong dream of having a dog and got Titus, our craigslist barn puppy. Since that first apartment and getting a puppy on a whim, we have moved twice, bought a house, gone through company changes and promotions, survived a pandemic, processed through loss, and learned to love each other better every day.”

And this is how their proposal went down: “I had been in Walla Walla for my annual wine weekend with friends over Memorial Day weekend and per my recommendation to avoid traffic home over the mountains on Memorial Day, my best friend who I had met at WSU drove to Pullman to hang out in the empty town (the semester had ended a few weeks prior) and reminisce. Little did I know, Will had reached out and asked her to help coordinate getting me to the Cougar Pride statue (the big cougar statue in front of the football stadium) at a certain time. We were late, because I was dawdling and she didn’t want to push hard and make it suspicious so Will had to hang out in the 90+ degree heat waiting for us and sweating from more than just the heat. Once we were walking up but not in view of the statue Titus came running out from behind the corner and caught me by surprise – as soon as I processed that that was indeed my dog, I knew what was happening. I came around the corner to Will standing there crying and we just hugged and cried for several minutes and he got down on one knee for approximately 2 seconds and I think I said yes and we resumed crying and hugging. It was great.”

All the feels for Leslee and Will and I wish them nothing but laughter, happiness, and adventure for the two of them. Congrats, you gorgeous people!! Cheers! 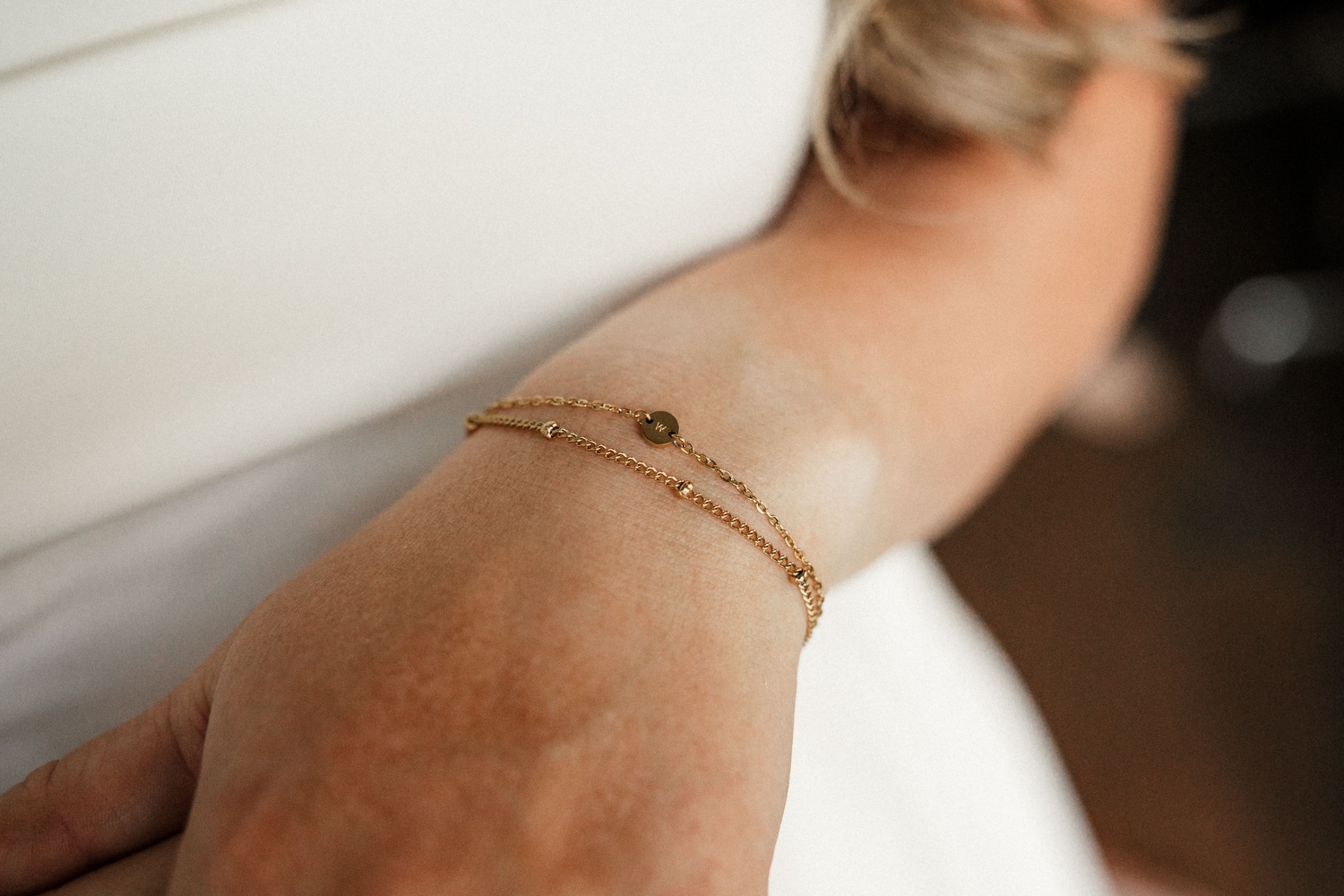