Steph and Ryan had a super moody, rainy, and epic Edgewater Hotel Wedding in the heart of downtown Seattle, WA. The Edgewater Hotel is know for it’s moody rock and roll rooms including the Beatles Suite and the Pearl Jam Suite and both rooms make for the most cinematic and gorgeous lighting for photos. Can I get an amen?! Steph and Ryan are some of the coolest people I’ve ever had the pleasure of photographing and their whole day was happy, filled with smiles, puppy snuggles from their Golden Frankie, and all the love. When you walked into a room with these two in it, you automatically felt like best friends if not family. They are THAT electric and amazing 🙂

We started the day with these two getting ready in their super cool suites, then they took their closest friends and I out in a party bus around the city to Pikes Place Market and Kerry Park for portraits. Even though it was rainy, that didn’t stop us at all! We even stopped traffic a few times to get ‘the shot’. 😉 No shame!

We then headed back to the Edgewater for a group cheers, and then these two got married. But before they exchanged vows, Steph mentioned she wanted to get into the gorgeous big tub that was in their Pearl Jam Suite, AND WE DID! Steph, Ryan, and their puppy Frankie, all got into this tub together and snuggled. It was truly one of my favorite moments I’ve photographed and the lighting was SO much fun to play with! I can’t tell you how adorable these three are together/ you can see for yourself below in their gallery; you’ll die! haha

Anyway, their whole day was incredible and I wish it didn’t end! Steph and Ryan are amazing people and it was truly an honor to document their amazing day. Cheers to Steph and Ryan!!

This is how they met in Steph’s voice: “2 months after moving to Seattle, I took a road trip with some new friends to Eugene, Oregon to see a college football game. On the way down, we stayed at a friend-of-a-friend’s house in Portland. When we first got there, we all crashed the friend’s Tinder date at the bar next door. I remember thinking “he’s cute” but we never really met. The next day we all went to lunch and the ‘friend’ (ie. Ryan) and I sat next to each other. Halfway through he announced that we were dating and proceeded to call me babe the rest of the day. After the game, back in Seattle I got a phone call from him (I assumed it was a butt dial) to check in on the drive home went — and we talked for an hour. Between that and sending me flowers within 3 days of knowing each other – he laid on the charm early and often. Now here we are 7 years later!”

And in Ryan’s Voice: “Friday October 17th, 2014 I was on a date with some hood rat from Tinder. Midway through, this hot brunette came to my table because she was staying with mutual friends for the weekend. I spent the entire next day at the Oregon Ducks versus University of Washington football game feeding Steph drinks and laying it on THICK with comments like “babe” and “this is so us”. She could only fight the charm and wit for so long. Honestly, it was an unfair fight and she never stood a chance. The next day I called her using a real phone with my real voice and had flowers sent to her apartment. That week we planned a future trip to Seattle for me and Portland for her and here we are today! Obviously, the tinder date went well….”

This is how the proposal went down: “The day after Ryan’s best man’s wedding, we woke up very hungover after a night of successful celebrations in Milwaukee. We were lounging in bed at our hotel, chatting with our friends we roomed with about all of the “chores” I (Steph) had to do that day because of our trip the next day leaving for France. Ryan was uncharacteristically eager to get home, but I was dilly dallying and decided to run a few errands instead of heading back to Chicago to our condo. As we got closer I mentioned that we should let our neighbors know that we were almost back and would grab our dog Frankie from their place but Ryan said that she was already at ours. I thought it was weird that I wasn’t on the group text but WHATEVER, I was soooo ready to get home and take a nap and get a pedicure before our trip. We walked in and Frankie didn’t greet us at the door. I looked around the condo because Ryan insisted she was home. She came running out of our guest room and I saw she had a little bandana on. I was like “aww The Prewitts got her a present”. Then I turn around and Ryan is down on one knee asking me to look a little closer and it said “Mom will you marry Dad”…. and cue ugly ugly tears”

As you can tell, these two are amazing 😉 A huge congrats to you both!!! 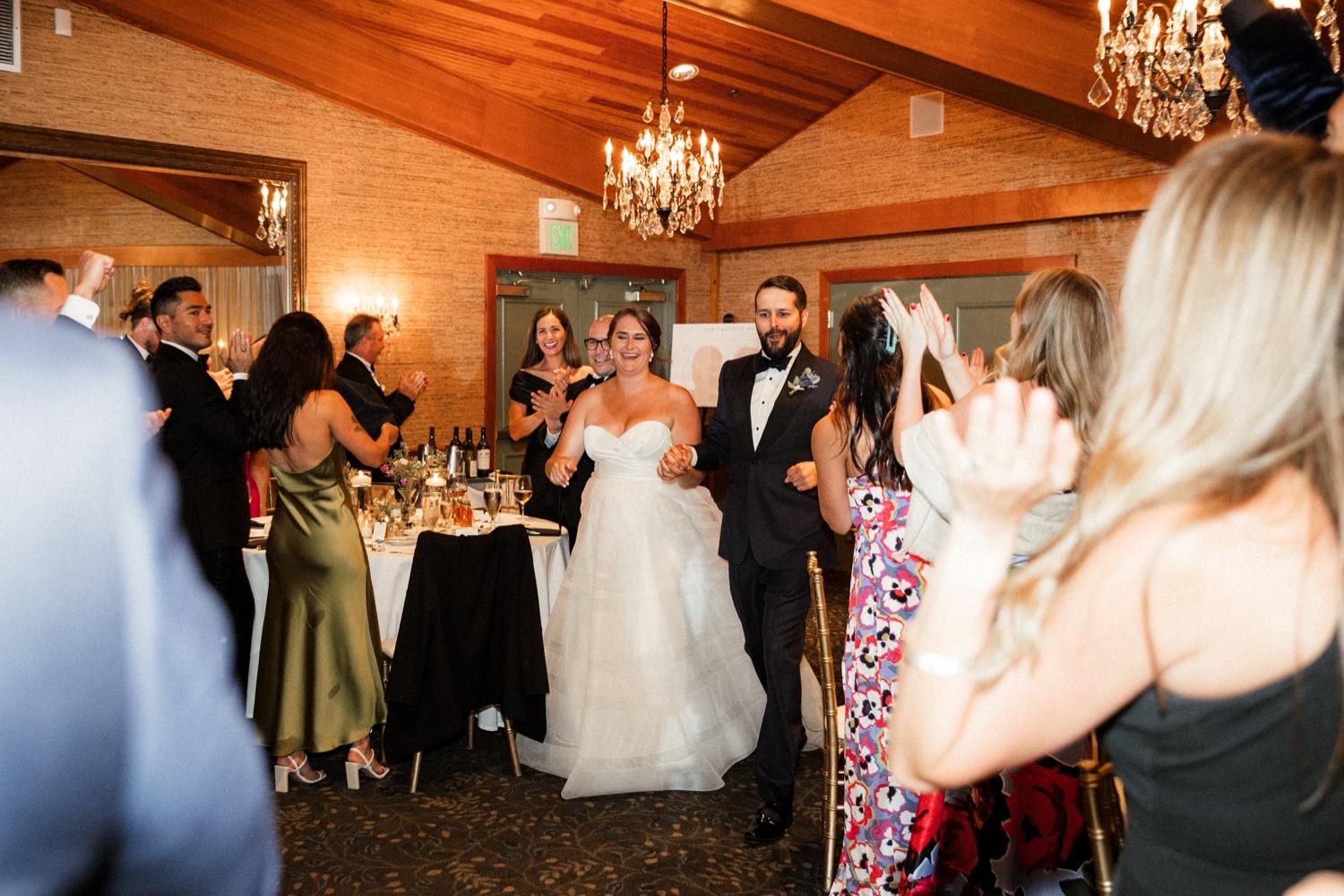