Kyla and Jason have been married for a full year and so naturally, we needed some anniversary photos! We had a Government Cove, Oregon Anniversary Session for these cuties right on the Columbia River in the gorgeous state of Oregon. It was sunny, and rainy, then sunny, and rainy again, but that didn’t stop us. You’ve probably seen these two around on my portfolio before, they are quite WBSJP famous, so for their wedding anniversary, we had to do something super #PNW and awesome. You guys! Government Cove did NOT disappoint! These two lovebirds and I adventured all around this little gem of a spot and found golden fields, the view of course, trees, water views, stone hillsides, rain, sunshine, and everything in-between. It was SO much fun hanging out with these two again and catching up on life. Kyla and Jason are probably the sweetest and kindest people I’ve ever met! They even brought me a little birthday gift that was a puppy bandana for Ellie with my photography logo on it!! HOW CUTE! I love dancing with these two, listening to Halloween music while over looking the Columbia River, and feeling like no time had past. Jason also just bought a new motorcycle so naturally, we had to get some cute and sexy shots of them on his new bike/ baby. So much fun and such an awesome ending to their session. I love these two and I’m so in love with their anniversary session!!

A few things to note about Government Cove: I did a ton of research about this little spot and please remember to park behind the metal gate at the beginning. Once you get off the highway, you drive a little bit and then you should park before the gate. This isn’t a maintained area, it’s actually private property, but it’s open to us so please be kind, pick up after yourselves, and leave no trace. It’s really easy to get to and a wonderful hike. I’ll totally be coming back here and adventuring more in the future. 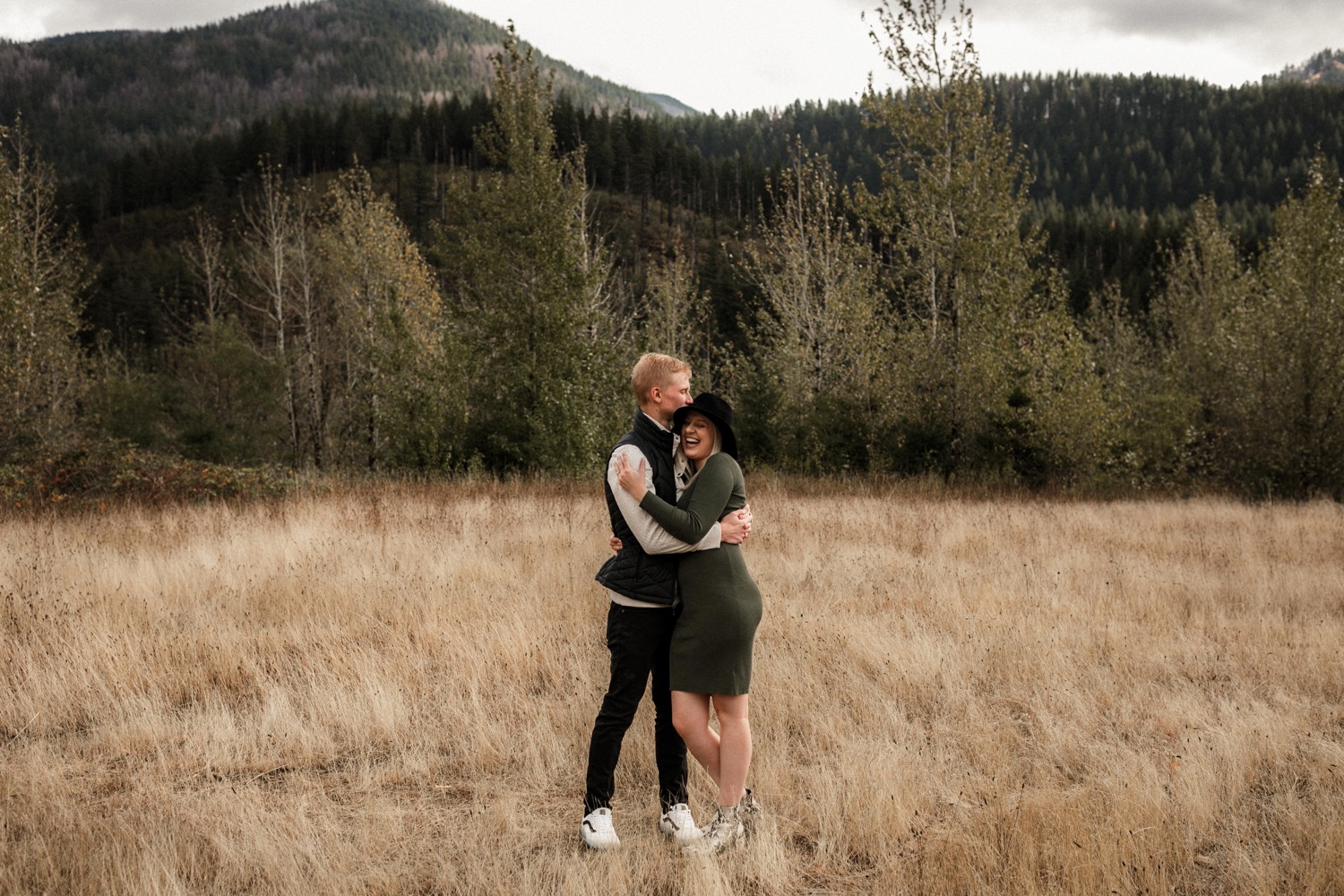 For more on these awesome cuties, check out Kyla and Jason’s Wedding Gallery here and their engagement session gallery here.