Delanie + Nick had the most stunning Wildshoot Forest & Farm wedding in Snohomish, WA and it was truly magical. They had the whole barn decorated in a vintage boho style and it was totally dreamy! Delanie and Nick are beyond adorable together and just seeing Nick see Delanie down the aisle and he broke down crying at the altar was so beyond beautiful. I’ve had the pleasure of also being the photographer for Delanie’s sister, Madi’s wedding almost 3 years ago and now shooting Delanie’s wedding is even more special. It was so fun hanging out with their family again and celebrating yet another amazing event! Side note, Delanie acutally made her cape veil herself… like WHAT!! It was so beyond amazing on her and everyone looked incredibly stunning.

Their wedding was one of my favorites for the 2022 season and I’m so beyond excited for these images! It was super cloudy all day but when we all were having dinner, I was watching the sun like a hawk and saw that it was going to come out at the perfect time- so when we did some Golden Hour photos, we made it happen and it was magical! I’m so in love with all the decor and the colors that these two chose and these kids seriously know how to party all night long! Such an amazing day, all the barn boho style you want, and all the amazing dance moves. Congrats to Delanie + Nick!!

So this is how these two met: “We knew of each other for a very long time. We went to high school together but weren’t friends. Years later we “met” again as adults in college at WSU. We were instantly drawn to each other, but Nick was really dragging his feet and would not ask me out. A month later we matched on Tinder on Valentine’s day. We went on our first date that night and have been together ever since!”

This is how their proposal went down: “Nick planned a picnic at Volunteer park in Seattle with the help of our maid of honor and best man. But he was having a hard time making it a surprise because I knew that the proposal was coming – we had gone together to pick out my engagement ring. I was working a part time job at a brazilian ju jitsu gym at the time, I would go in on Saturday mornings and check people in at the front desk. One Saturday morning I woke up to go to work and Nick told me that I had the day off. I didn’t believe him at first, but apparently he had tracked down my boss through instagram and messaged him about his proposal plan. So Nick told me I had an hour to get ready before we were going to leave for some mysterious location. It was so special for Nick to put in so much work to make it as much of a surprise for me as possible. We drove to the park and he led me to a spot where a beautiful picnic was all laid out for us. As he proposed my sister was hiding behind a tree taking pictures.” 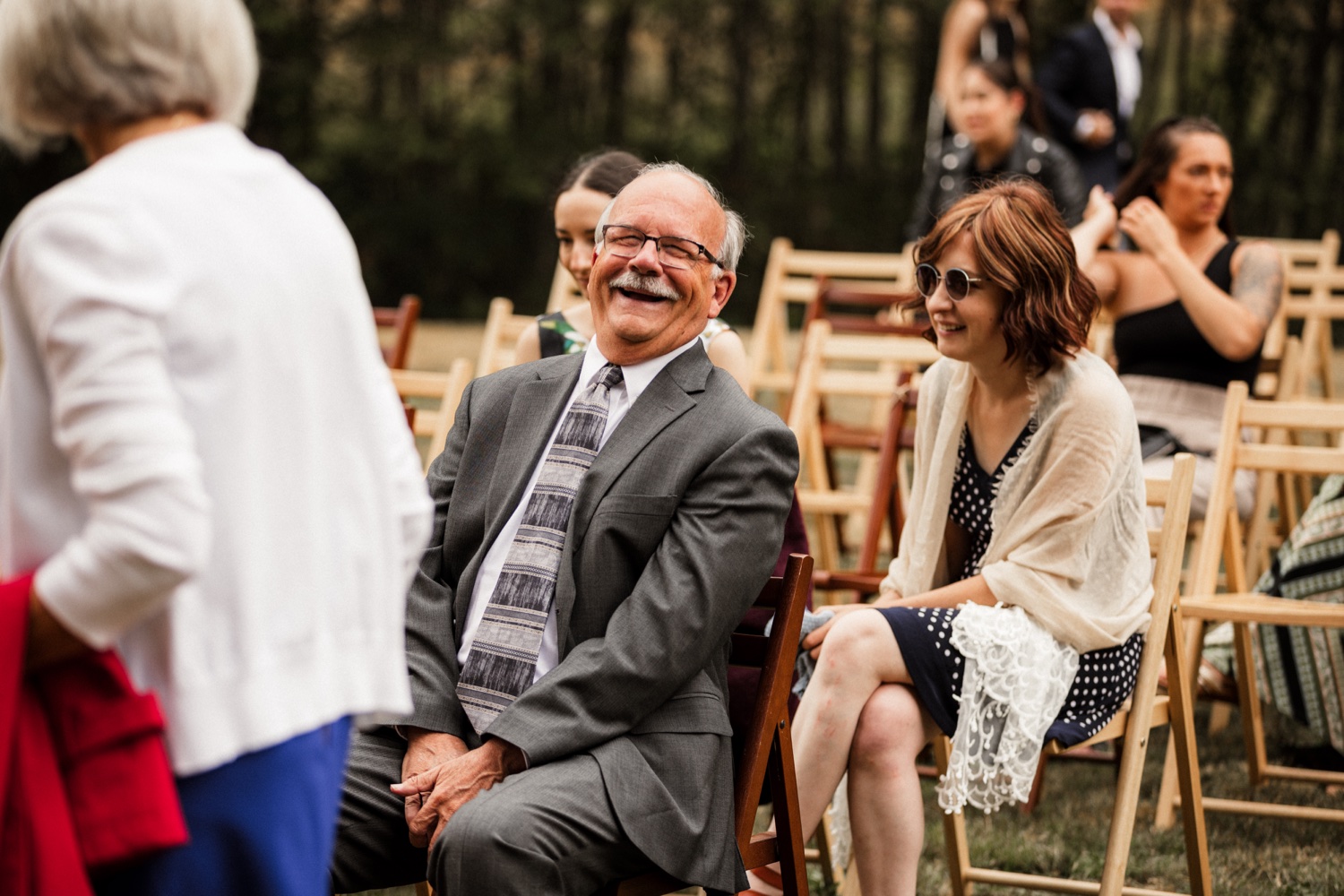