Madison + Nic had a super intimate A-Frame Cabin Elopement out at the Cozy River Cabin in Packwood, WA on May Day. They had only a handful of people there to celebrate their marriage along with their puppy Ginger. These guys had such a fun and beautiful day at the cabin and I just loved everything about it. They had a fruit tart, pizza, and even a flower crown making kit. Madison and Nic just wanted a cozy and intimate elopement in the woods that was filled with everything they wanted. It was also May Day, so having ribbons tied to trees is a form of celebration for that 🙂

Madison and Nic are totally in love with pizza. So much so, that Madison has these cute pizza earrings and they both wore pizza hats for a picture. Along with a large variety of pizzas from a local pizza shop, these two had everything they love on their day. The sun was out, we had a bon fire at the end of the night, and got plenty of shots of Ginger, their puppy, just loving on everyone all the time. This was such a fun day and it was awesome being their photographer 🙂

Here is how these two lovely people met: “We met at a park for our first date during COVID. It was a little late in the evening so I texted my brother and friend to let them know of my plans and if they didn’t hear from me later to send help! I figured it would be a short meet and greet, maybe two hours. Well we stayed out past midnight just talking and getting to know each other. Every time we go back to this park to walk around and enjoy the weather, Nic tells me this story about a girl he once met at the park who tried to take advantage of him in the bushes lol That girl is me but that never happened. lol”

And here is how the proposal went down: “Funny story, let’s go back to the park we met at. Madison is just trying to plan a nice evening out to celebrate their one year anniversary and picks a place to go out to eat and wants to visit the park again for a walk. Kind of like recreating the day they met a year earlier and to see how far they’ve come already. A month prior Nic bought Madison a dog and was going to use her to propose to Madison but it got all messed up with timing getting back home and he decided to wait. So, one year anniversary it is, Madison plans the whole evening not aware of anything. They go out to dinner as planned, make it to the park, do their walk, sit in the gazebo and then Madison decides its time to go home and let the dog out. Nic hesitates on leaving and asks where his mask is. Madison knows it’s in the car and tells him so and keeps walking. Now or never dude, he gets down on one knee and asks her to marry him. She tells him to quit playing and get up, we gotta go. He tells her no, I’m actually asking you. lol She says yes.”

Something to keep in mind with wanting to elope at the Cozy River Cabin. We all know it’s a super Instagram-famous A-Frame cabin that everyone loves. They have new rules where they are not allowing elopements of more than 4-6 people there moving forward. So Madison and Nic’s elopement here is one of the last larger elopements they are allowing on their property.

So a huge congratulations to Madison + Nic!! Y’all are adorable and I wish you all the best!! 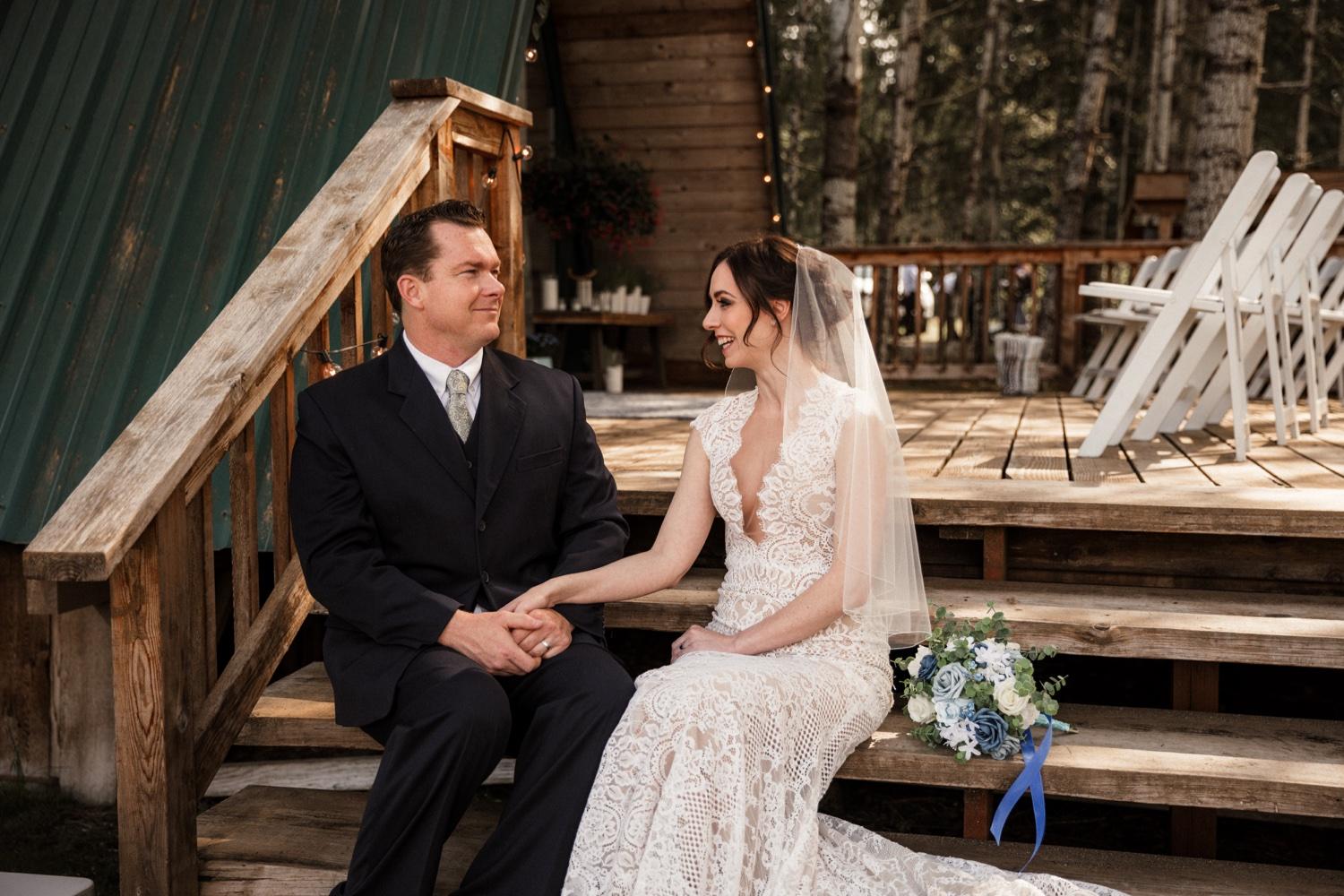 Check out more of the A-Frame Cabin Elopement Awesomeness here.