Melissa + Billy had such a magical snowy mountain elopement at their home in Easton, WA on Valentines Day. Is there anything better? These two are SO adorable and they wanted to get married in the snow in the mountains. Well they got their wish! This weekend was a huge snow storm and we sure got snow coming down throughout their elopement. It was pure magic. We snow shoed out into their backyard and they got married with their gorgeous home in the background. Some family members were unable to attend, but they still had some close friends and family there to witness their union. It was so fun! They had a ring warming ceremony right before they exchanged rings and it was truly special. A ring warming ceremony is when your best man and maid of honor pray over your wedding bands and then they hand them over to the couple to exchange their rings. So cool and I’ve never seen that before!

We finished their elopement day off with some quick and loving toasts right after their ceremony, plenty of portraits while the snow was dumping down, and a silly cake cutting inside. Melissa also baked this adorable cake, herself, too! SO GOOD!

Such an intimate and special day for Melissa + Billy. A huge congrats to you both! 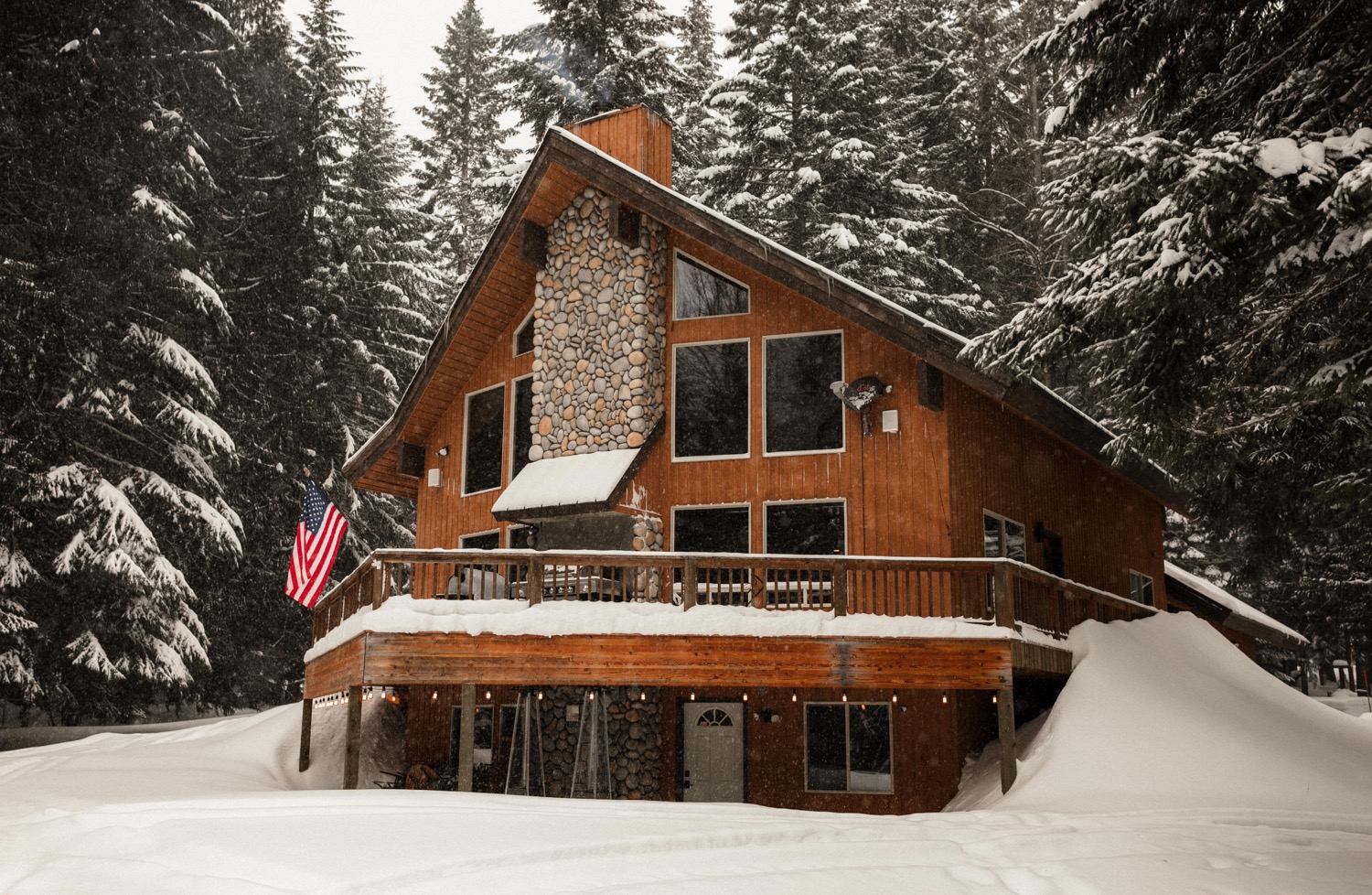